Decoration
Building
Grey Wood, also known as Glitch Wood, is a type of wood that was unintentionally created by several means. It is unknown to most players how exactly it got into the game because this wood is the only wood that does not grow and does not have any logs or planks, and one of three unobtainable woods.

Grey wood is grey due to the absence of an assigned wood type, forcing the wood to use the default brick color on Roblox. It was first created by an exploiter (who will remain unnamed for the sake of privacy). This exploiter used a program which would fill blueprints with a specific filename, and when no filename was assigned, Grey wood was created. There used to be extremely few blueprints. However, due to rapid duplication in the community, it became very common.

Grey Wood can uncommonly be found on some player’s bases. On January 5th 2017, Defaultio released a patch stating that he had fixed the grey wood exploit. However, around May 10th, 2017, a new glitch was founded to spawn grey wood, therefore making the patch obsolete.

Players used to be able to create Grey Wood through a Blueprints glitch, though this has also been patched. 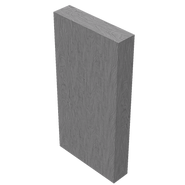 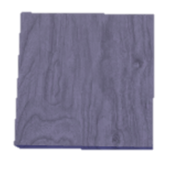 A close-up view of Grey Wood, inside a "Small Tile" blueprint

A Grey Wood wall featured on a players base 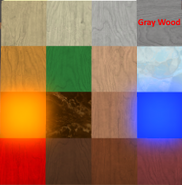 House made out of grey wood
Add a photo to this gallery
Retrieved from "https://lumber-tycoon-2.fandom.com/wiki/Grey_Wood?oldid=262123"
Community content is available under CC-BY-SA unless otherwise noted.