The 2015 Halloween Event was the first halloween event in the game. It added a new item called the Pumpkin, which was purchasable at Bob's Shack for $360 Money. The event also included the addition of Spook and Sinister Wood, which rarely spawns in game during the event. 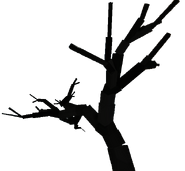 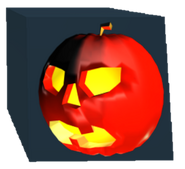 Image of a boxed Eerie Pumpkin that was added. 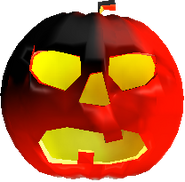 Image of an Eerie Pumpkin, unboxed.

Sinister Wood was introduced during Halloween 2015.

Spook Wood was also introduced during this event.
Add a photo to this gallery

The 2016 Halloween Event added very many new features to the game. Three new items, called the Dark Pumpkin, Preserved Enlarged Ostrich Eye and the exclusive, Halloween-only axe, the End Times Axe, were added. The event also introduced the End Times Update, which includes the End Times Biome, a new biome that sprouts the valuable Phantom Wood, which can only be cut by the newly introduced End Times Axe. Alongside with these additions, Spook and Sinister Wood makes a return, and intense fog, metal made rusty, removal of tree's leaves, and grey water was added to add more depth to the event. 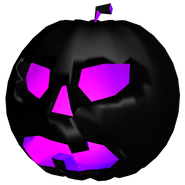 An unboxed Dark Pumpkin that was introduced during Halloween 2016. 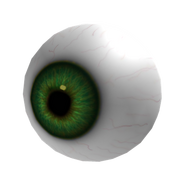 The appearance of Wood R Us has changed during the event.

The appearance of the Bridge has also changed. 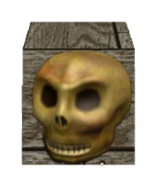 The Eerie Skull, an item that was never released.
Add a photo to this gallery

The 2017 Halloween Event reintroduced the End Times Update, the End Times Axe, and Spook and Sinister Wood. Although, a new geographical feature called the Lost Cave was added. The dark cave system can be found near the Taiga including two new characters - the Skeleton, located at the end of a cavern, and the Strange Man, at the end of another. The Strange Man will grant the player the ability to fill any blueprint with one cubic Unit of any wood, with a very costly price of $10,009,000 Money. Also, similarly to the two previous years, October started off with a new pumpkin, the Strange Pumpkin. On that day, in Merely's booth, a YouTube video ID to a teaser trailer of Defaultio's upcoming game was also written on a poster, replacing the text "FOLLOW THE EAGLE". 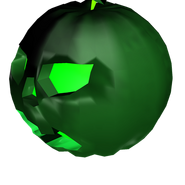 An unboxed Strange Pumpkin, the third of the Pumpkin series. 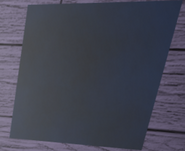 One of the paintings in the Bridge Fee Booths that changed.

The Strange Man, a character that was introduced during Halloween 2017.

The interior of the Lost Cave, brightened by many Worklights.

Lost Cave Entrance
Add a photo to this gallery

The 2018 Halloween Event began on September 26th , 2018. The amount of seasonal items added in this update was the greatest of all years, including the first Halloween item in Wood R Us - Bag of Candy, and the three paintings: Arctic Light, Gloomy Seascape at Dusk and the Pineapple. The fourth pumpkin was also added to the game, named Cursed Pumpkin, colored red, and could be purchased at Bob's Shack. A variation of Icicle Lights, the Spooky Icicle Lights, was added in Fancy Furnishings as well, also being the first Halloween item to make appearance in the store. In addition, the Amber Axe was also introduced and could be purchased at Bob's Shack. Surprisingly, all of these items were made by common users, becoming one massive fan-made suggestion update. It was also surprising that after the event concluded, the paintings that were added previously were never removed, and were left to stay available year round. 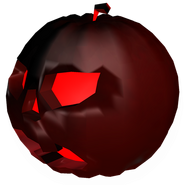 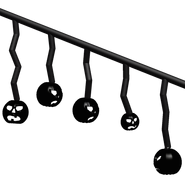 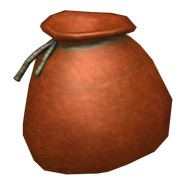 The Bag of Candy

The Amber Axe, being more powerful than some axes. 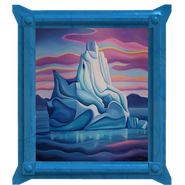 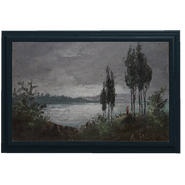 The painting "Gloomy Sunscape At Dusk" The painting "Pineapple"
Add a photo to this gallery

The 2019 Halloween Event once again reintroduced Spook and Sinister Wood, and brought the addition of the Lumbkin, a pumpkin variant but with a different structural design than other previous Halloween Events. During this event, the Spooky Icicle Lights, a variant of Icicle Lights, returned to Fancy Furnishings. Compared to last year however, they have not been removed this time around, similarly to the paintings from the previous year. This was the smallest amount of content added during any previous Halloween event. All item additions were once again all fan made. 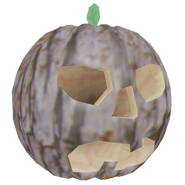 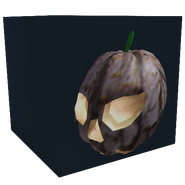 The Lumbkin (Boxed).
Add a photo to this gallery

The 2020 Halloween Event officially started on the 30th of September, at 8:00 PM EST. Three new items were introduced to the game through active running servers and players could investigate and purchase them without starting a new server, due to the update being introduced prior to the actual event. This event introduced the Ghastly Pumpkin, a ghoully grey pumpkin emitting a dark white light, bringing back the traditional pumpkin theme. The event also introduced the second Halloween season axe in the game, the Candy Corn Axe, succeeding the Amber Axe which was introduced 2 years prior. The Purple Bag of Candy was also added, which was a purple retexture of the candy bag from two years ago adding a new set of candy brands. Unlike the previous candy bag, this was sold at Fancy Furnishings rather than Wood R Us. 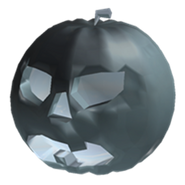 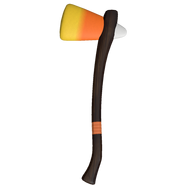 The Candy Corn Axe—on par with the Silver Axe and testing stage axes. 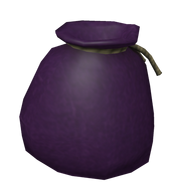 The Purple Bag of Candy. 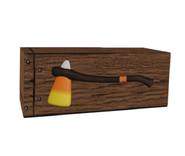 Candy Corn Axe (boxed)
Add a photo to this gallery
Retrieved from "https://lumber-tycoon-2.fandom.com/wiki/Halloween_Events?oldid=261745"
Community content is available under CC-BY-SA unless otherwise noted.