Logic items
Link's Logic is a store in the Tropics. It currently sells wiring items such as Logic Gates (OR Gate, AND Gate, XOR Gate and so on) and Wires (Wire and Neon Wire). Link's Logic is owned by Lincoln, an electrical engineer NPC.

To get to the store, the player must ride on the Ferry on a turnaround trip from the Main Biome to the Tropics, and they must follow the black paved road. The player will then come across Link's Logic.

Link's Logic, like Fancy Furnishings and Boxed Cars, closes at night. The interior of this store has blue carpet and white walls, as well as average-sized grey shelves which the equipment resides. Unlike many other stores in Lumber Tycoon 2, Link's Logic has a different Roblox material for the exterior (Bricks) and the interior (Plastic).

Noticeably, there is a gap between the cliff walls of the tropics and the rear wall of the store, and even more oddly, there is a row of lights in this back room. However, it is very likely that these lights are merely a result of copying and pasting prior to the addition of the rear wall.

If the player may notice, several shelves are empty, which may hint toward future items that could be placed on them. On August 21, 2016, Neon Wire was added to this shop, although they were placed on a new shelf in front of the main window.

The store in legacy lighting 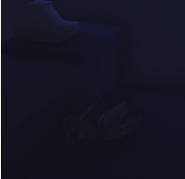