Lord of the Land - Kevin Macleod

The Rock Bridge Cave, nestled in a small valley, is a widely-known feature of the Mountainside. This small cave consists of a rough interior that shares the same color and material as the surrounding rock. Once entered, the cave turns right and widens out. At the back, the player can find the entrance to the Shrine.

There is also a very narrow crack located inside this cave that the player can squeeze into, while in first person. This allows the player to get a glimpse of the Void.

The Rock Bridge Cave has existed long before locations were recorded, so it is unknown how long ago the cave was added. It likely came about some time during the Alpha Testing Stage, and may have been added alongside the Mountainside rather than being a later addition.

The empty cave remained untouched for a half a year until January 2016, when Bao the Panda commonly spawned in the cave, which was part of the Kung Fu Panda 3 movie event. Bao no longer spawns in the cave.

From then on, the cave remained anomalous until December the same year, when people first discovered a sealed door in the back of the cave leading to the Shrine of the Sight. It took about a month for that puzzle to be solved, later revealing the Cavern of the Sight containing Bold and Brash; arguably, the Cavern can be considered part of the Rock Bridge Cave.

Many people have speculated whether or not the Shrine of Sight was the cave's original destiny; it was one of the first caves ever added and remained untouched for almost two years. A similar argument could also be proposed about the Safari Hole and the River Tunnel. Regardless, while its past is unclear, it is seemingly no longer a mystery today. 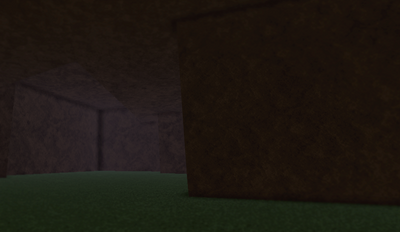 Retrieved from "https://lumber-tycoon-2.fandom.com/wiki/Rock_Bridge_Cave?oldid=245423"
Community content is available under CC-BY-SA unless otherwise noted.